Colourflair opened its doors in August 1984, working from a small studio in Brighton town centre.   For Pat Scott Vincent, it was the culmination of a dream she had harboured since leaving her career in commerce and the media, to bring up a family. When had learned about personal colour analysis in 1982, she immediately recognised that it resolved many of the problems she had faced when choosing colour for herself, for both cosmetics and clothing. Having trained with a long established American company in 1984, she realised that colour and image was a wonderful career for women, especially those with children; who could work from home but be properly rewarded for the time involved. Pat was very aware how difficult it could be for women to leave their families or work, to take time out to train.

Setting up a top quality training course was not easy, but with the help of her family, the first Colourflair course was sold in 1985. Maggy Burrowes, Pat’s daughter, worked closely with her on the development and Ray Vincent, her long suffering husband, helped with the business in his spare time. Pat’s other daughter Sarah, illustrated the style aids (which are still used throughout the profession). It was very exciting to be at the forefront of awakening knowledge about image in the UK.

The inaugural course, however, was only able to take one student.  But this worked extremely well and became the pattern for the future and to this day courses are still available to suit the convenience of the student – on a one-to one basis and by distance learning and home study.

Because of the unique design of the courses, using both hands-on training and distance learning, it soon became obvious that there would be Colourflair Consultants in many parts of the world.  As time went by, men and women from all walks of life, with diverse educational and cultural backgrounds, successfully completed their Colourflair training and became consultants.

By 1986 it was time for expansion and the Colourflair partnership was incorporated into a limited company with Pat Scott Vincent as Chairman and Ray Vincent as Managing Director.

In 1987 Ray decided to leave his career in planning and design with British Telecom, where he had been for nearly 30 years, to take up a full time post at Colourflair.  The quality of the organisation and support given to Consultants and Clients has never looked back and is a byword throughout the profession.

In 1994, Pat was elected as President of TFIC (for a two year term). She was privileged to preside over the culmination of many years of work with City & Guilds in setting up a professional standard for Image Consultants and was one of the first people in the country to qualify for this prestigious award in November 1995.

Since stepping down from her daily involvement with TFIC, (now the-International Federation of Image Consultants-IFIC) Pat has taken the opportunity to study colour therapy and Feng Shui to add to her understanding of colour and energy medicine and is now a Member of the International Association of Colour. She has also offered advice on colour for appearance, health and interior design and has a Diploma in Life Coaching.

Ray’s years of planning and design for BT have also been put to good use as a lighting consultant, something of great importance to those working with colour.

In 1998, The ASSOCIATION OF COLOURFLAIR CONSULTANTS was founded. This association is open to qualified Colourflair Consultants who use the Colourflair range of fans. Members are asked to work to high standards to ensure an excellent service to clients.  Colourflair Consultants often have experience in many related areas, such as training, corporate consultancy, interior design and various complimentary therapies.

At the TFIC AGM in 1999, Pat was presented with the highest honour the Federation can bestow and was made a ‘Fellow’ of the Federation, in acknowledgement of her contribution to the development of the profession.

2015 marked another miletsone for Pat, who retired from actively training new students. Her legacy and contribution to the fascinating world of colour continues in 2020 with Training with Imagination and Colourflair the licenced training company of Advanced Colour Analysis using the “Colourflair System” developed by Pat Scott-Vincent. 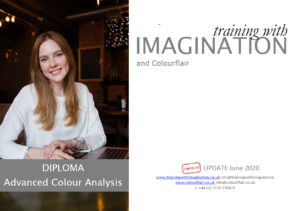 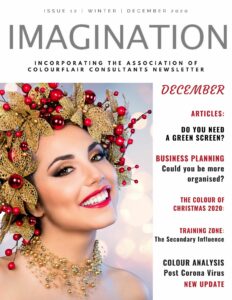 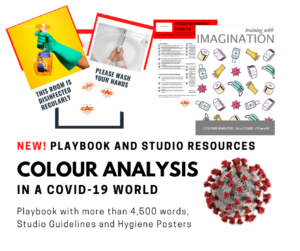 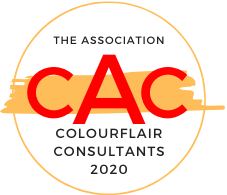